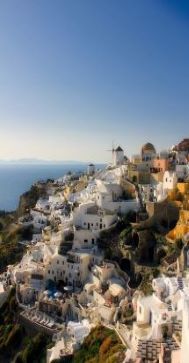 : Athens, Philippi, and Corinth plus shore excursions to Ephesus and Santorini during your Mediterranean cruise

As an agent for Allianz Travel Insurance we offer a special Group rate (applicable to all ages). It's important to note that for the exclusions for pre-existing medical conditions to be waived, insurance must be purchased prior to the balance due date.
See below for cost details: